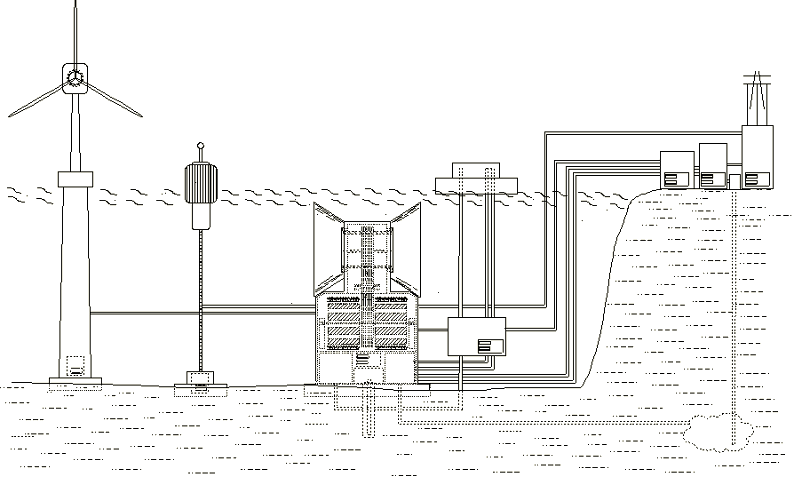 The Other Hydrogen Economy™ is an expression that describes a collection of apparatus and processes that extract energy and distilled water from the ocean. A portion of that energy is utilized to generate hydrogen and life supporting oxygen. The hydrogen is later combined with atmospheric oxygen to produce electricity and potable water. A hydrogen pipeline network will allow communities to be created in places previously deemed unsuitable due to their lack of resources.

The Hollow Turbine™ is an efficient, award winning turbine design suitable for typical hydropower and micropower installations, as well as offshore  installations.


In order to effectively use intermittent renewable energy sources, there is a need for an efficient storage method that will provide base load power. Energy storage technologies also can be utilized by conventional power providers to store power during off-peak times, and sell this power at times of peak demand.

For grid storage, as well as for everywhere else, the Electric Power Storage Power Plant can serve as either a baseline or as a peaker power plant, absent all of the negative externalities of batteries.